How original, an American-style blueberry pancake recipe, on the internet.
After countless breakfasts (not in bed because I'm not going to haul sticky pancakes upstairs, gross), I have come to the realization that my pancake recipe is a bit unorthodox in execution.
Prep:
Preheat your cast iron griddle or electric skillet so the surface is a reliable 475 deg F. This sounds way too hot, but pancakes should cook very fast to be fluffier (see: double acting baking soda and setting the meringue in the batter), and to get a nice even caramelization on the surface.

In one large bowl, whisk the flour, salt, baking powder, and lemon zest. Set this aside and prep some of the wet ingredients.

In a small ramekin, melt the coconut oil and combine it with the egg yolk. Set this aside as well.

In a small-ish bowl, combine the coconut milk, lemon juice, and baking soda. You should see this mixture slightly curdle (unless you're using some older lemons, which isn't a big deal), and will then start foaming. Set this aside.

In yet another bowl, make a French meringue by whisking the egg whites and cream of tartar until you have super soft peaks, then slowly stream in the sugar until you hit medium to firm peaks. The actual precision here isn't a deal breaker, you just want some nonzero amount of egg white structure to provide lift in your pancake batter.

I tend to leave everything separate until I'm ready to start griddling, as the double acting baking powder will start rising once you get it wet.

The Business:
Assuming you have a well-seasoned cast iron pan, you won't be adding any oil to the pan, unless you're a *crispy-edge pancake* charlatan. Uniform griddling texture here.

Turn your oven on to its Warm setting, or to the lowest temperature it can hold, especially if you're making a double batch.

Mix the egg yolk & coconut oil mixture into the coconut milk and baking soda, whisking pretty vigorously to form an emulsion (remember that basically every batter is essentially an emulsion). If it breaks here, you might have some batter problems later. Turn that mixture into the dry goods. Conventional wisdom would tell you to not overmix this pancake batter to form excess gluten, but we're supplying it with 3 total forms of lift, so we need a little bit of a gluten network to hold onto the expanding air, and something robust enough to mix *around* the blueberries.

Vigorously mix in a third of your meringue into the batter to loosen up the density (it will likely look way too thick at this stage, but trust the process). Then carefully fold the remaining 2/3 into the batter, being careful not to deflate that meringue too much. Streaks aren't the worst thing here, but make sure it's fully incorporated.

​Stir in the blueberries. If some burst, no big deal. Get to griddling.

Transfer these to the rack in the oven. Repeat until batter is exhausted. 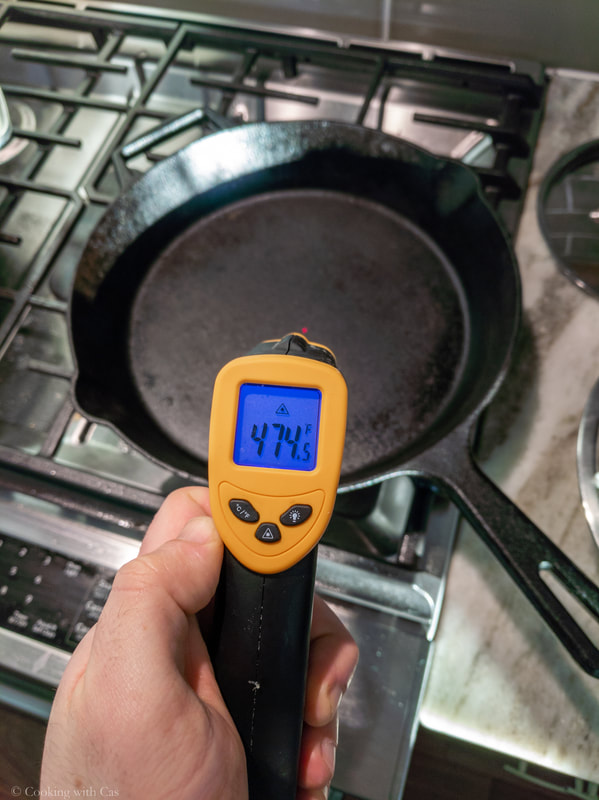 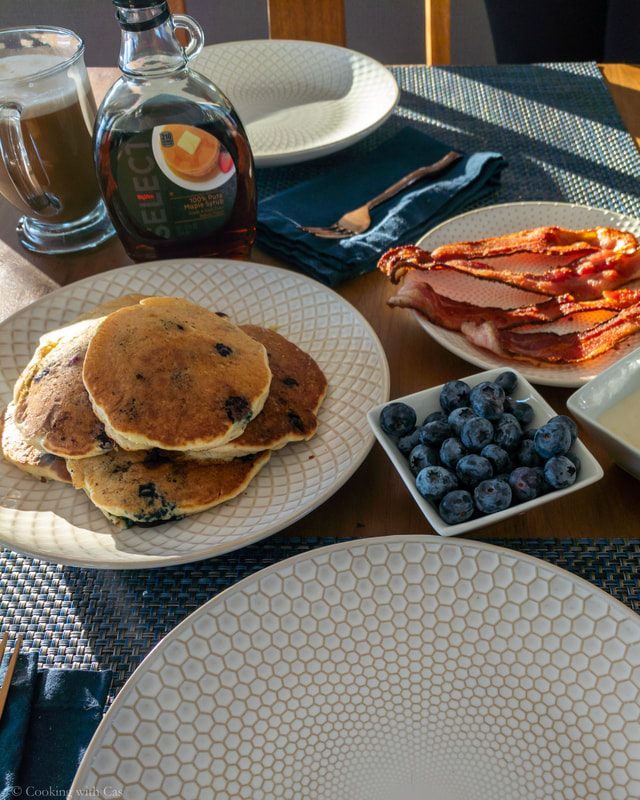 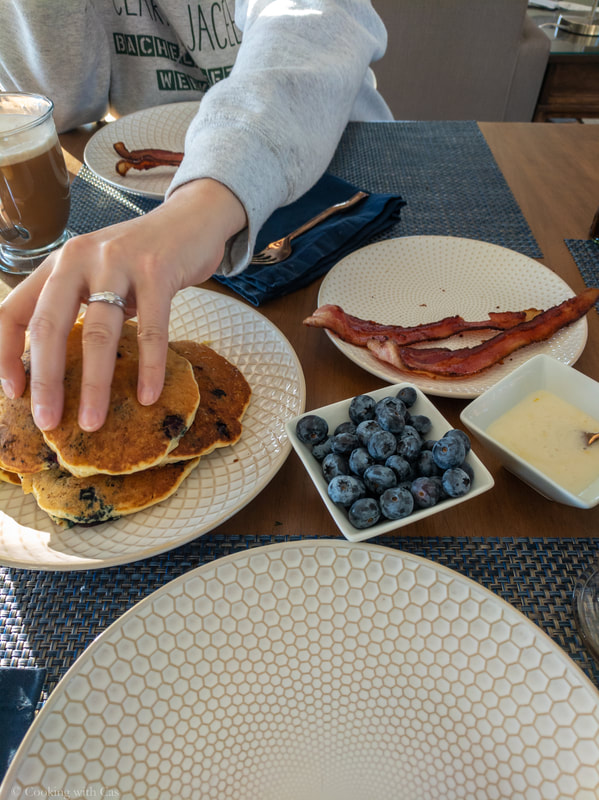 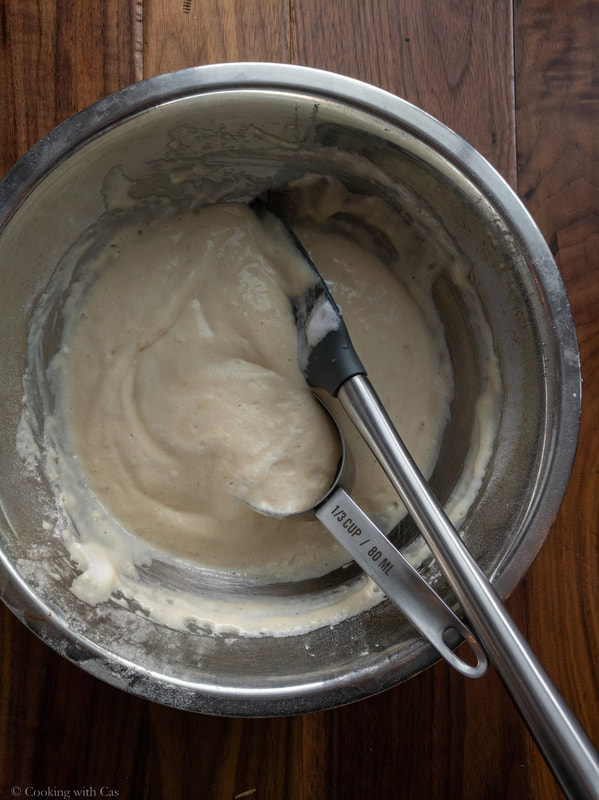 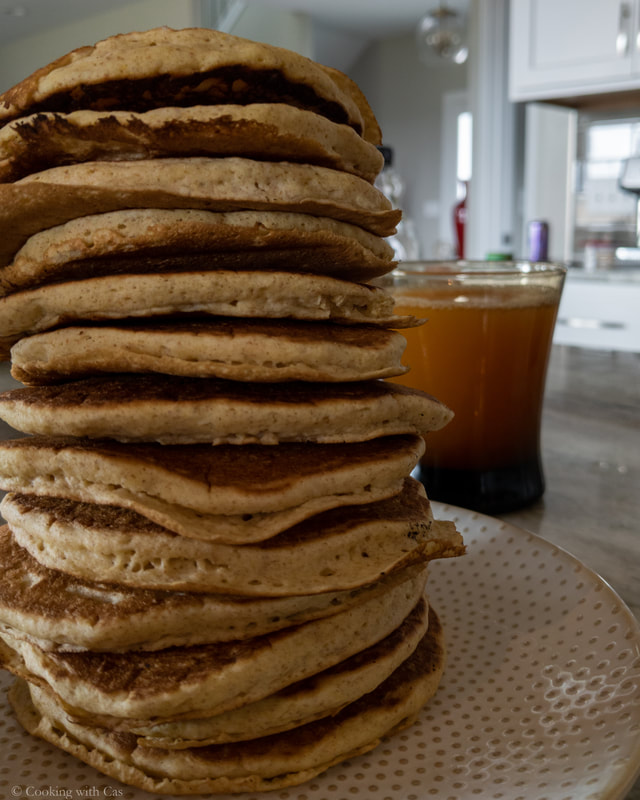